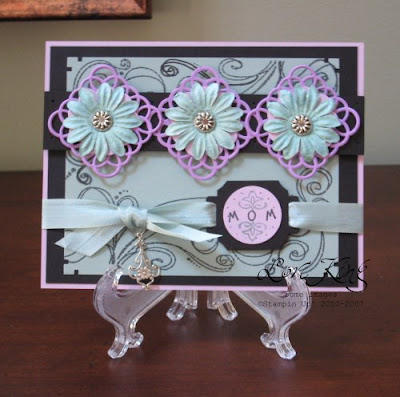 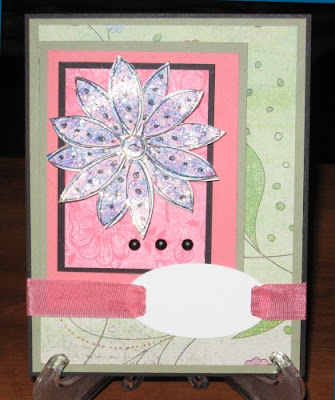 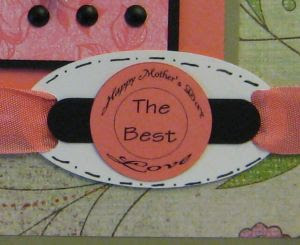 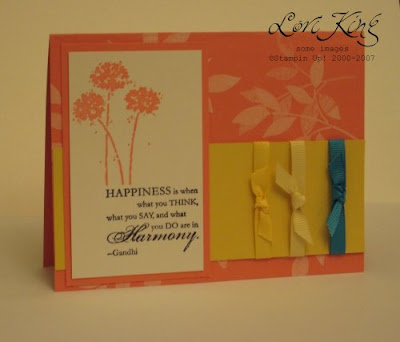 The first card is the Mother's Day card I made for my mother-in-law, she is a sweet lady. (A CASE of Cindy H on SCS) Remember the 2nd card? (also a CASE) The sentiment was finally added, I decided to make it a Mother's Day card (hope Mom doesn't look!) I put a close-up of the circle part, I made it on the computer in the style of the SU circle stamps and then printed it out on colored card stock. The last one is the Survivor card for my last player, who sadly, was voted out. (A CASE from SCS too!) Mookie was my last one! I actually was going to send the pink card on the last post with the flower dress but I couldn't part with it yet.

It was cool again today (60's). This is so weird, last May we were in the upper 80's for the whole month, I remember because I said it was going to be a long hot Summer and it was! This year may become hot but so far not as long. That is good really, it's just that I like it warm (not humid!) I signed my little one up for the swim team, he is very excited! They don't do much at 5 really but it's the idea of swimming every day and practicing. It's something he loves so go with it I say! My older one just turned 15 and couldn't even give me a birthday list. Nor does he like anything. Ugh! Teenagers! He doesn't even want to drive a car, what's up with that? I bought a car when I was 15 in preparation! Sometimes I just wonder. Things are so different now then when I was a kid. Hmmm didn't my Mom say that to me? I can't imagine what it will be like for my grandkids someday!
Posted by PaperSunshine at 8:59 PM